Guardians of the Skies: Safely controlling and protecting military and civil aircraft within the dynamic airspace across the UK and Overseas Territories. 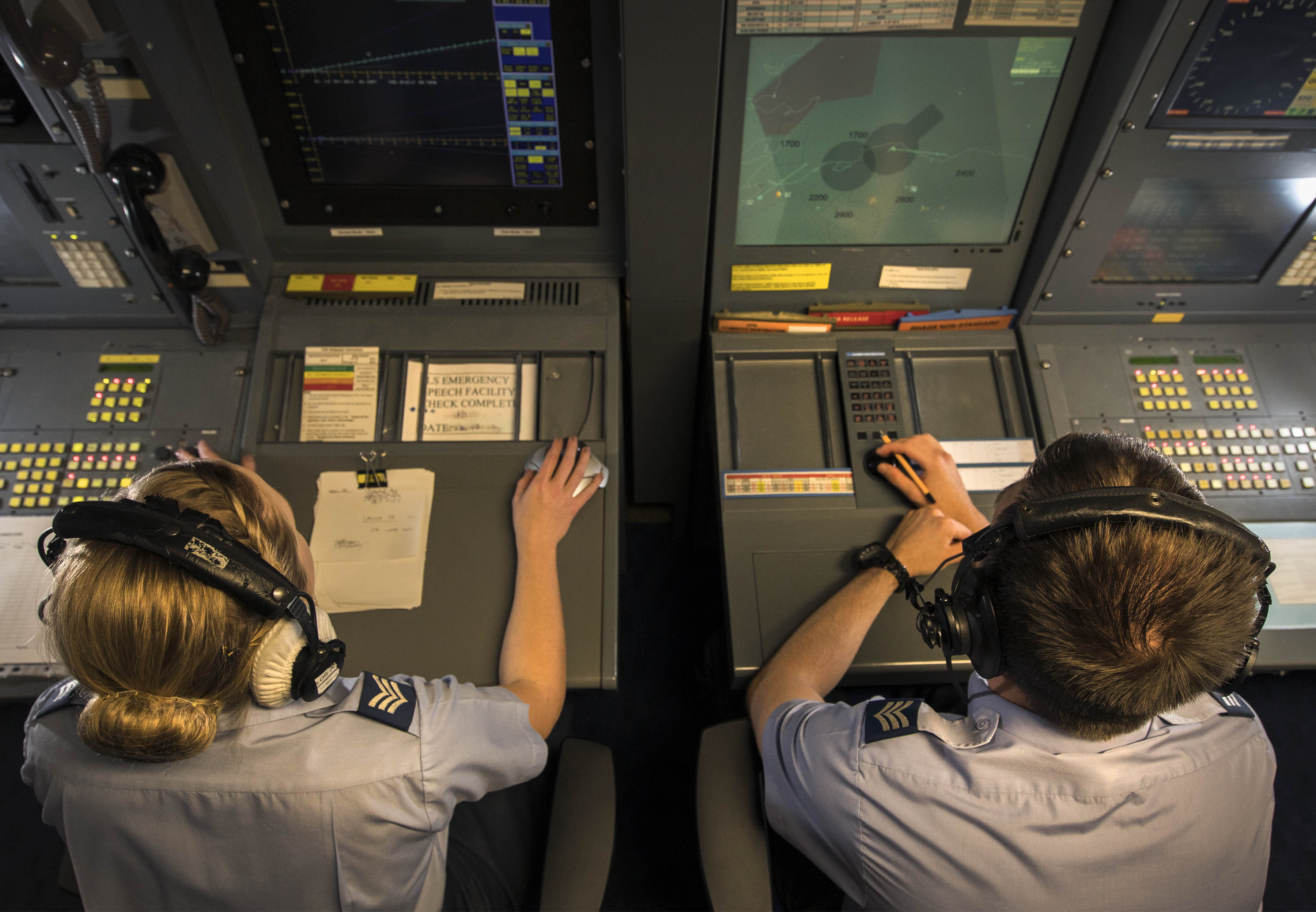 The Non-Commissioned Controller (NCC) trade (also known as Air Operations (Control) Sergeant) is a diverse, exciting and complex role which directs and supports operations both in the UK and around the world. The three key employment areas are Terminal Air Traffic Control (ATC) (providing an ATC service at an airfield), Area Control (working alongside civilian air traffic controllers at the UK’s Air Traffic Control Centre at Swanwick) and finally as a Weapons Controller (directing fast jet aircraft to intercept potentially hostile aircraft that threaten the integrity of the UK’s Airspace).

Using state of the art radar and communications technology you will be trained to:

As a Non-Commissioned Controller you could be working from a field, a bunker, a building, a tent, an AWACS aircraft or even an aircraft carrier. Regardless, you will be part of a varied and stimulating organisation which offers an excellent career and worldwide employment opportunities that is at the heart of the RAF’s flying output.

As a direct entrant joining the Royal Air Force at the rank of Sergeant (rank attained upon completion of Non-Commissioned Controller training), your career will start with a 10-week Basic Recruit Training Course (BRTC) at RAF Halton in Buckinghamshire. The course is designed to help you adjust to a military environment. As well as fitness and military training, you will also learn about service life. Following BRTC, you will progress to the Direct Entrant Senior Non-Commissioned Officer (DE SNCO) Course also at RAF Halton. This 8-week course is designed to develop your leadership and management skills within a military context. This will include theoretical study of Air and Space Power, as well as practical outdoor leadership challenges.

Specialist training is delivered at the Defence College of Air and Space Operations at RAF Shawbury in Shropshire and subsequently, for Weapons Controllers, at RAF Boulmer in Northumberland. This training starts with a Foundation Module and is completed alongside Air Operations (Systems) and (Control) officer students. Following successful completion, you will be assigned to a specialist module in one of the core specialisations: Terminal (Airfield) ATC or Weapons Control. You could return at a later date to complete a short conversion course to allow you to undertake roles in any of the other core areas including Area Radar control.

Following successful completion of your specialist training, your first tour will last approximately 36-48 months and will be at one of the RAF’s airfields around the UK or in Cyprus, at one of our two Control and Reporting Centres or at the Air Traffic Control Centre. You will then consolidate your specialist training and develop post-graduate skills allowing you to achieve ‘Combat Ready’ status and become available to deploy on military operations anywhere in the world.

You will join the RAF as an airman under an initial 12 year engagement. Following 4 years’ service, you will be eligible to apply for an extension of service to complete a Pension Earning Engagement of 20 years’ service or age 40, whichever is the later, during this time.

Subsequent tours of duty may see you being employed in a wide variety of areas, including:

You may also be selected for advancement to intermediate management roles, responsible for supervising teams of specialists. Throughout your career, you should expect operational deployments (generally of up to but not limited to 6 months duration) to a range of locations worldwide, together with ad-hoc shorter detachments to locations such as Cyprus, Lithuania, Japan, Gibraltar, Canada, Spain, the United Arab Emirates, Malaysia and the US.

As a Non-Commissioned Controller, you will obtain a range of transferable skills including advanced leadership (CMI Accredited), change and project management and the opportunity for further academic development. These skills and your and experience could equip you for a variety of civilian jobs that involve dynamic supervisory or management responsibilities, such as working within the transportation division of the Public Sector or within an emergency response control centre.

VISIT TO AN RAF UNIT

Opportunities exist to visit an RAF unit where you will be able to meet serving Non-Commissioned Controllers and learn more about the Trade and the various roles you could find yourself employed in. These visits are called Realistic Job Previews, for which on-site accommodation and meals are provided. These visits will be offered to you by Armed Forces careers staff as you progress through the application process. A Modern Force: The RAF recognises the value of a person’s ability no matter their ethnicity, social background, religion or belief, gender identity, sexual orientation or marital status/civil partnership.

Residency: Whether or not you were born in the United Kingdom, you should have resided there for the 5 years immediately preceding your application, but candidates with a minimum of 3 years will be considered.

Nationality: You must be a citizen of the United Kingdom or holder of dual UK/ other nationality

Selection: Initially, you must pass the aptitude tests at the Officer and Aircrew Selection Centre (OASC) at RAF College Cranwell. If you pass the aptitude tests, you will be invited to return to the OASC for the one-day selection process where we will assess your potential for training. If you are deemed competitive for selection, you will be invited back to the OASC for a final time for a specialist medical.

University Bursary: We could provide a bursary of up to £3000 a year during your 2nd and 3rd years of your studies plus approximately £1200 for 30 days of training, if you, gain entry to a UK university for an acceptable degree and aim to join the RAF. See the Sponsorship page on the RAF website for more detail.